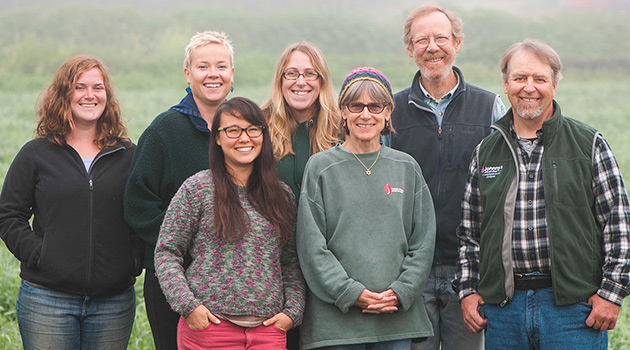 Developed & Bred for Your Success by Johnny's

Above: The Breeding Team in 2015. Good breeding takes time, and while some of the faces change through the years as new breeders join the team and others become alumni, the work of breeding good vegetables at Johnny's Selected Seeds carries on. View all JSS-Bred varieties…

The stories behind 5 recent vegetable introductions

I hope that you enjoy these five short stories. And I welcome your questions about plant breeding at Johnny's. You can email me at rjohnston@johnnyseeds.com 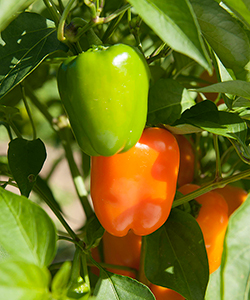 You might remember that we used to carry a nice mini-bell pepper called 'Jingle Bells.' It was green, ripening red, and had a following. After it was discontinued, we decided to breed a mini-bell of our own to bridge the gap.

Johnny's plant breeder, Janika Eckert started the process by making new populations. She did that by cross-pollinating an older hybrid, miniature red and yellow bell heirlooms, and some sweet, regular size bells. From these populations over the years she selected uniform lines of mini-sized bells that were pretty, tasted good, and had strong, healthy plants. She crossed two of those lines to make the red mini-bell that we named 'Cupid.' 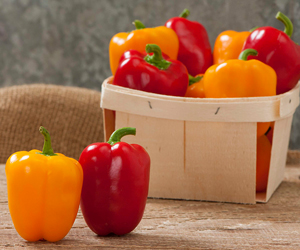 'Cupid' has yet to be discovered by many growers, which is perplexing since 'Cupid' is just as attractive as 'Jingle Bells' and tastes a lot sweeter. We have a "pepper team" of six that talks over this kind of thing and decides how to proceed — the breeder (Janika) and her technician, the product manager, the technician who runs the pepper trials, the production manager, and someone from sales. The team decided that 'Cupid' needed a yellow-ripening stable mate. Janika had developed some yellow mini-peppers in the 'Cupid' project, and after two years of trials the team decided on a favorite and named it 'Eros.' Our 2014 seed production was successful.

Now we'll find out if having the duo was indeed the answer for you. 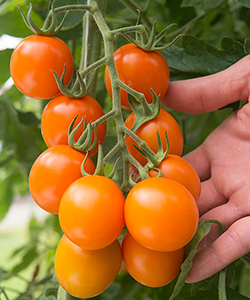 What's a cocktail tomato? It's small, but bigger than a bite-size cherry — you want to cut it in half or in thirds. Then it needs to look beautiful and taste amazing.

If you've grown the red cocktail tomato 'Mountain Magic,' you know what I'm talking about – nice looking, sweet tasting tomatoes that are easy to grow. But does the world really also need an orange edition? With 'Clementine' a reality … Yes. Emily Haga, Johnny's tomato and lettuce breeder, steered the ship on Clementine's development, and she's totally psyched — well, anxious! — to have you grow it and to find out what you think.

There are three different genetic traits from which orange tomato color can be inherited. The most common of these three traits is called Tangerine. Another is called Delta. But for 'Clementine,' Emily used Beta. You might grow 'Sun Gold,' the immensely popular orange cherry tomato — Sun Gold's orange is due to Beta. One interesting thing about Beta is that it results in a high level of the nutrient beta carotene. So we know that 'Clementine' is relatively high in beta carotene. Next summer we plan to test it to see just how high. Stay tuned. 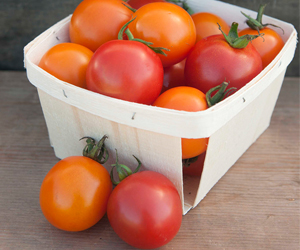 You probably wouldn't guess that a cocktail tomato like this would have a sauce type plum tomato as a parent, but 'Clementine' does. The other parent, the Beta parent, is a large orange cherry tomato from Emily's lively collection. She has made a lot of experimental varieties with this same orange cherry, but Clementine is a favorite. And who woulda thunk that a plum tomato would be the secret ingredient.

Make space in your planting plan for 'Clementine,' with or without 'Mountain Magic.' 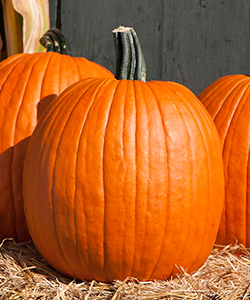 There are a lot of good pumpkin varieties out there. Making a better one is harder than you might think.

'Cargo PMR' is a 20-something pound Jack-o'-lantern with an intense, deep-orange color. It's from a cross of a Johnny's pumpkin with a University of New Hampshire pumpkin. Brent Loy is the UNH breeder. Having worked with Brent for nearly 30 years now and knowing his talent, I don't think it took him long to develop his pumpkin.

For my parent, I started with a cross of an old Harris pumpkin called 'Merlin' with a big jack-o-lantern in my collection. Merlin supplied the good color and the powdery mildew resistance. However, to develop my parent from that cross took years and years of back-breaking labor — well, maybe not back-breaking, but still, a lot of years in the Albion pumpkin nursery — that's a lot of pollinations that my technician, Aneta Jacobs, and her crew made by hand and a lot of selections by me, most of them going nowhere — my fault, not Aneta's.

Finally, one of those selections hit it off splendidly with Brent's pumpkin on their first date. This kind of happy success isn't an everyday thing for a plant breeder, but it's sure good that it happens occasionally, to lift us out of our madness with the details and tedium. 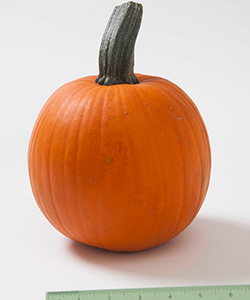 Breeding technician Deirdre Birbeck has a diverse LP record collection, and it could be said that she has eclectic tastes in music. We could also say that she was born way after 1969, when Neil Young recorded "Cinnamon Girl." But she came up with the name for our new pie pumpkin in conversation with Pete Zuck, product manager.

We also could say that Cinnamon Girl PMR has been a group effort. For one of its parents I bred resistance to powdery mildew into a nice pie pumpkin line from Brent Loy, UNH. The other parent is a selection I made from another powdery mildew–resistant pie pumpkin that Molly Jahn sent me when she worked at Cornell. Johnny's farm manager, Brian Milliken, and his crew did the farming for the breeding nurseries each year, and then Mike Brown here managed the production of the commercial crop of seeds.

Good pumpkin, good name; now it's for you to grow a good crop. 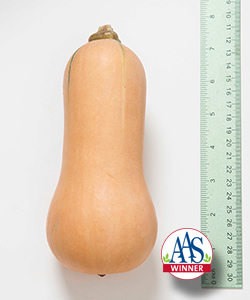 I made the first cross that led to Butterscotch in 1986. It was Waltham Butternut x Puritan butternut. Other butternuts that I included in the pedigree over the years include a small-fruited mildew resistant line from Molly Jahn at Cornell–Ithaca; a large-fruited PMR line from Dick Robinson at Cornell's Geneva, NY experiment station; and Burpee's Bush Butternut. With these ancestors began the many years of "guided evolution"; that is, traditional plant breeding.

Maybe seven years ago I decided to work towards a small-fruited, "single serving " butternut. For the next few seasons I made numerous different butternut combinations with the objectives of small size and unusually good flavor. We trialed these maybe 10 experimental varieties for three years, decided on the best tasting of the bunch, and named it Butterscotch.

Butterscotch is in a texture and sweetness class of its own for butternut. The vine is short, suitable for close spacing, which is what we are recommending if you want little, 1–2-pound fruits. Maturity is early.

As good as Butterscotch is, it's not perfect. While butternut squash has earned recognition as a long-storing squash, Butterscotch fruits are subject to drying in storage so that they begin to wrinkle at around the 3-month storage point. So we are recommending consumption within 3 months of harvest; if you can, store them cool, 50°–55°F/10°–12°C, and not too dry.

If you're a squash-loving home gardener, or a market gardener with customers that will recognize and appreciate the small size and especially good taste, Butterscotch should be on your short list for 2015. 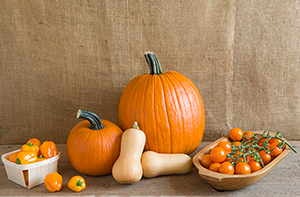 Our mission at Johnny's Selected Seeds is "Helping families, friends, and communities to feed one another by providing superior seeds, tools, information, and service." Our breeding program has for 40 years held a commitment to vigor, yield, and fresh-market flavor. We hope our recent introductions advance your growing success.

OUR MISSION
Our mission is helping families, friends, and communities to feed one another by providing superior seeds, tools, information, and service.
Introducing 'Clementine' 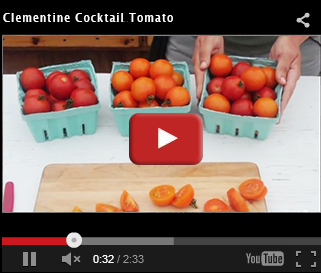